Should you buy or sell a house on the secret market? The private buying agents fixing sales that aren’t even advertised
April 2022 - The Daily Mail

In many ways, she was an ideal buyer; she had a generous budget (a cool £2 million), was ready to move immediately and was fairly flexible with what she wanted from her next home.

Still she struggled to find anything and so, exasperated, she turned to a buying agent. 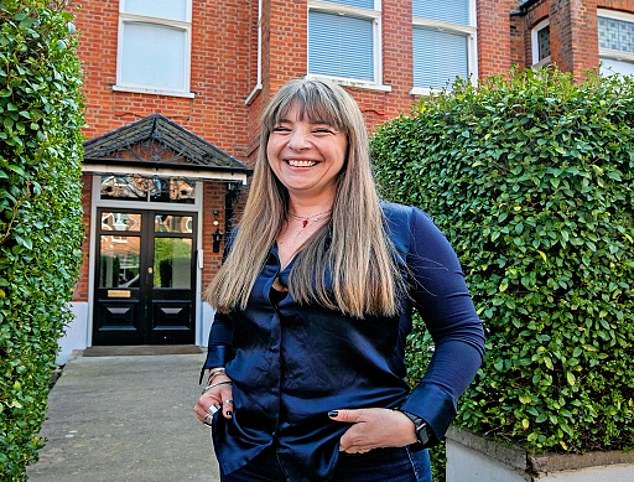 Opened up options: Mara Girone at her South Hampstead flat which she bought on the ‘secret’ property market

Suddenly, Mara’s world opened up. Buying agents have access to homes which have not been listed on the open property market.

In effect, they operate within a ‘secret’ network which matches buyers and sellers together before any ‘For Sale’ signs go up.

Mara, 46, who runs her own fashion brand, Simple Sophistication, says: ‘My husband always says hiring an agent was the best investment we ever made.’

Within months, the couple and their two children had exchanged on their dream home — a spacious four-bedroom flat in South Hampstead.

Buying off-market is nothing new and it has long been a well-trodden route for the UK’s wealthiest.

A record 135,730 homes were sold off-market last year, according to data from estate agency Hamptons. This was up 60 per cent on the year before.

In December 2021, one home in ten was sold off-market. In London, this figure rose to one in five. And the trend is by no means confined to the capital, as rural areas such as the Cotswolds become increasingly in demand.

Experts at specialist agency The Buying Solution say the percentage of country homes on their books selling off-market is now ‘significantly higher than usual’.

Still it seems like a curious way to do business. Why would somebody hoping to sell their home want to keep it a secret?

There are several motivations for doing so. First and foremost, sellers may be looking to test the price of their property.

Hamptons research analyst David Fell says: ‘An agent will have a black book of their committed buyers and they will test the prices on them. These kind of buyers in the market will usually pay a slight premium.’

If a seller was to list their home straight to sites such as RightMove and Zoopla, there would be a digital footprint of how much it had previously been advertised for and how much the price had dropped.

What’s more, a lot of sellers choose to turn to the secret market over privacy concerns. This is often because they are high-profile or extremely wealthy individuals.

London buying agent Sophie Bonsor says: ‘Sometimes the people who are selling in this market have art collections worth more than the property. They don’t want lots of strangers coming into their home.’ But experts have also noticed that more and more ordinary sellers are becoming wary of snooping neighbours.

Mr Fell says: ‘People don’t want their neighbours finding their property on Zoopla and being able to see how much it goes for.’

Similarly, Ms Bonsor says: ‘It’s a seller’s market at the minute due to the lack of stock. Why would they want to overexpose themselves when they don’t have to?’

Indeed, the property market for much of the past year has been weighted in favour of the seller. The stamp duty tax break, along with a demand for more space, drove up prices to record highs in 2021.

And 2022 saw the housing market have its strongest start to the year in 17 years, with prices 11.2 per cent higher than they were a year ago, according to Nationwide.

While demand has never been higher — buyer enquiries in January were more than 20 per cent higher than pre-Covid levels, according to property portal RightMove — supply is non-existent.

The property market for much of the past year has been weighted in favour of the seller. The stamp duty tax break, along with a demand for more space, drove up prices to record highs

There were just 350,980 homes for sale at the start of this year, according to consultancy TwentyCi, 36 per cent less than in 2020 and the lowest figure since the firm started collecting data in 2008.

Sellers therefore know they are in a strong bargaining position: they can be selective about whom they show their property to and ambitious with their asking prices.

But will buyers get burnt? Buying homes is already an expensive affair, complete with hefty conveyancing and legal fees.

So hiring a buying agent — who charge on average 1-3 per cent of the purchase price — only adds to the expense.

On top of that, houses sold off-market usually attract their own premium, going for more money than they would on the open market.

You might assume, then, that the trend will not go beyond the London elite — but former agent Mark Wells disputes this. His project, Invisible Homes, is trying to digitise the off-market space.

The site asks buyers to fill in a questionnaire which will ascertain what they are looking for and how committed they are to moving. It then matches the buyer with a host of exclusive properties that are not available anywhere else.

There is a wider array of properties available on there, with prices starting at £200,000 and going up into tens of millions of pounds.

‘We put so much value on personalisation in the modern world,’ says Mr Wells. ‘We expect our computers to tailor adverts to show us what we actually want. That’s all I am trying to do: make it easier to match properties with serious buyers.’

But is it really a trend that’s built to last? When the market calms down and supply increases, will back-end deals still be as appealing to buyers?

Mr Wells seems to think so. He says: ‘We only focus on London properties at the minute but we will very soon be moving out into the rest of the country.

‘I don’t think we will ever get to a stage where the open market doesn’t exist at all. But I think more and more sellers will first seek off-market offers first.’

The key to the best doors